The founding church was birthed through the conviction and inspiration of the Holy Ghost in the heart of the founding Pastor, Eastwood Anaba, a Pharmacy graduate of the Kwame Nkrumah University of Science and Technology, Kumasi, Ghana.

He believed that ancestral worship and its concomitants - superstition, ignorance, diseases and poverty-could not be the divine portion for his people.

The ministry started under the name Northern Deliverance In Tears Ministry (NINTAM). NINTAM was birthed out of the revelation that the ministry of spiritual deliverance of the people of Northern Ghana could not succeed in any other manner except through the agency of love, compassion and brokenness of heart before God. A strong persecution rose up against the church and physical attacks were unleashed at the ministry and several members were thrown out of their jobs due to their association with the church.

A burden for agonizing times of intercession and spiritual warfare was laid on the founding members of the ministry. Praying in open fields of the Bolgatanga Sports stadium was the norm at the time. After about one and a half years of intercessory emphasis, the Ministry believed that God was leading her to another ministerial emphasis.

The name Broken Yoke Foundation was chosen to give expression to the ministries new direction. In 1996 the present name Fountain Gate Chapel launched yet another phase in the life of the church.

From the humble beginning of a baobab tree where Sunday services were held on Sunday morning, Fountain Gate Chapel has grown to have many sister churches in Ghana, Burkina Faso, United Kingdom, Germany, Canada, Denmark, Belgium and the United States.

The founding church also called the “soma church” is presently located at its new location in a 3000 seater-auditorium.

The church has a fully operational first cycle educational institution up to the Junior High School (J.H.S.) level. Plans are in progress to start a Senior High School.

The church through its social wing, the Help Foundation takes care of the educational needs of orphans and destitute children.

It also runs Fountain Gate Ministerial Academy (FGMA) which is the Bible School of the church.

Click the DONATE button below to donate, pay tithe, give offering, etc 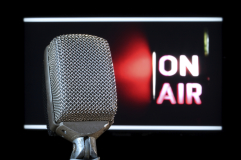